India and its Future

I always wonder what exactly young Indians think about India and its future. We are the generation that benefited from the reforms of 1991; however our mindset and thinking was entirely from the seventies and eighties. We instinctively stiffen if there is even a mild criticism of India from a foreign source, we are instinctively left of centre and deeply suspicious of the United States, we are all for women’s freedom and participation in the workforce, but have to struggle to suppress our disapproval of women wearing western dress. We feel that the youngsters today have lack of patriotism (as we see it) and voluntarism which was very much a part of our lives as students and young men.
In order to find out, I asked my former student and now friend (if there can be friendship across this large age difference) Yachana Prakash ( I use her maiden name)to find me some young and articulate people who think about our India and ask them what they feel about it. The following are contributions sent by Yachana and two of her friends. They were eye openers for me; I hope you will like them as much as I did. 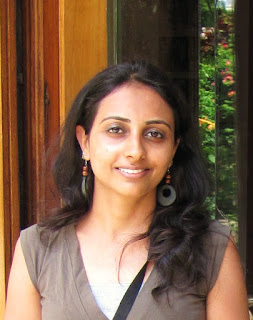 Yachana Prakash -
An Ophthalmologist, currently based in Coimbatore.
From Haryana. Studied in Himachal, Delhi, Sikkim, Coimbatore and married in Bombay.Opinionated and optimistic.

For somebody who has never lived elsewhere, India means the world. I would be one of them. India where I am living now is much better than the India I was born in. From the internet to education avenues, call-cabs to serviced apartments, more job opportunities to women empowerment, we are acquiring it all. I am very optimistic about its future as well. I can see the change in the way people have started working towards their happiness, it comforts me to see how they are ambitious and yet rooted.

What bothers me is to see us never take pride in who and what we are. That is something that hasn’t changed in all these years. We don’t own up to what we have done (rapes, crime) nor do we take up the challenge to change (politics, law). I think you could call us passive. It is not a good thing. From this mind set stems all the problems - the rampant culture of over promising and under delivering, the chiding away from public responsibilities, letting fellows suffer even if help is warranted. Put this in the political bracket or a corporate one, to my mind accepting and taking pride in the kind of people we are will breed a sense of responsibility and confidence to make us even better people.

I would love to see India grow up into a nation with self-respect. Let us not be famous for poverty and superstitions anymore. I wish to see the people of India not avoiding the notion of being an Indian, not running away from its people and their way of being. All some us need is help and the reason to change which has to come from within, from not holding an awkward place in our heart for being who we are. 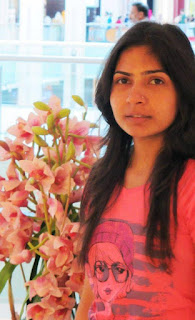 
Human psyche is like the deep blue sea in which the mind is like an iceberg, it floats with one-seventh of its bulk above water - Sigmund Freud
We need more understanding of human nature, because the only real danger that exists is man himself. We know nothing of man, far too little. His psyche should be studied because we are the origin of all coming evil.
Especially at the young age, one is going through the emotional upheaval, inconsistent behaviour and vulnerability to deviant activity. Youth possess a certain lightness of being that allows them to move with ease between tradition and modernity. For any country the youth resource is the best resource and fortunately here in India we don’t have a lack of this ‘youth resource’. Youth recognize problems and can solve them. Youth are strong forces in social movements. They have the potential if we look upon, they are hopeful about their future and also about the future of society.
But the problem comes when youngsters are striving to balance religion and culture with a desire to progress and keep pace with the rest of the world. Youngsters show a liberal attitude towards a wide range of issues. They are hopeful but passive in approach- the problem lays in indifferent attitude towards things, situation and politics. The new cool formula of “let the things be’’ is proving fatal to India’s development. And this usually happens when a discrepancy occurs between domains of the self:
1.) Actual self- it is the presentation of the attributes that one believes in.
2.) Ideal self- it is the presentation of the attributes that you actually possess.
3.) Ought self: it is the presentation of the attributes that someone believes you should or ought to possess.

The discrepancy creates two major types of negative physiological situations: absence of positive outcomes, which is associated with dejection related emotions and presence of negative outcomes which is associated with agitation related emotions.
Another reason could be emotional illiteracy i.e. lack of understanding of feelings and how to express them appropriately in a socially acceptable manner. And the idea that fumes the above is the high level of influence of the media particularly the films- causing trouble to the public in the society which is depicted as a heroic quality. The young crowd thinks that they got a license for the inner feelings and thus they take such acts for granted.
Unless harnessed and tapped in the right way, this very energy of the youth can tip over the other side and become destructive for the society, crime is on high and violence is increasing in today's time. This is because, as a nation, we have failed in our duty of capturing their energy and moulding it in the right direction. Due to increasing unemployment, we have been unable to keep our youth busy in constructive works. We fail to help them in realizing their dreams and hence they get lost and go in the wrong direction as the saying goes "An empty mind is the devil's workshop".
Young people possess energy, but it should be channelized in the right direction. Misguided youth may do greater harm to the society than even the worst enemy can do. Moreover, it is on the shoulders of the young that the future of the country rests because they represent new values, new thinking and the new ways of life.
“Bring real change to the real India”.... We should unite together and attract world to India. Never doubt that a small group of thoughtful, committed people can change the world.
( The third contribution will be part of a separate post)
Future India Youth

Daniel Lee said…
I don’t think there was any intention to be a third force, but to be the in-between classical liberal party that would align with BJP for 2014. SBP is still designed as that kind of a party. To see more info please visit essayswriters.org/dissertation.
October 24, 2013 at 4:08 AM