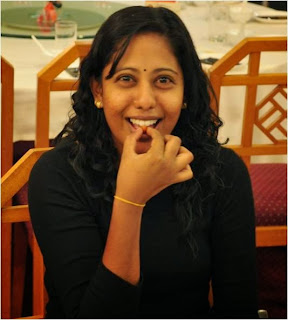 I have been working with Shamala for 5 years now. I knew that she is a capable girl, hardworking, intelligent and with a sense of fun. I also knew that she was deeply caring for people less fortunate than herself because she organizes the charity work for our company.
However I am ashamed to say that until a few months back I had no idea that she had participated in a research trip to the Antarctica. This was when she was a graduate student at the University of Malaya when she had the opportunity to visit and stay at the Icebound continent as part of a research group.
It has been my dream to visit Antarctica. I remember hearing Sudipta Sengupta of the Jadavpur University speak about it in the early nineties just after she had returned from one of the first trips made to Maitree, the Indian research station by Indian scientists. I remember the projected slides of the penguin colonies, the drifts and the huts in which they had lived. I have not (yet) had the chance to visit Antarctica, but nowadays commercial trips are available, so you never know: I might yet set foot or at least see the last continent that I have yet to visit.
However coming back to Shamala, this blog post and the next will be an account of her visit to Antarctica. I hope to interview her for this blog sometime soon as well.


This article was written for the in house magazine of our company. I am prefacing it with the introduction I wrote at that time.
Shamala is a lady of many parts. She still looks like a studious undergraduate, but appearances are deceptive. Shamala is a very important part of our Production Team in KL, handling many responsibilities with élan. She graduated from the University Malaysia Terengganu and did her Master’s at University Malaya, Malaysia’s premier university before joining the Stempeutics Team.
Shamala comes from Seremban in the neighboring state of Negeri Sembilan where she went to school. She is an avid sportsperson as well, netball being her favourite game. She is also trained in Bharatanatyam, of which she is an expert exponent.
In addition to all this, she has been part of a dream expedition to Antarctica. This happened during her graduate school days when she was selected to be part of a Malaysian scientific team to the Frozen Continent. She is one of the handful of people in the world who have had the privilege of working and living for months as part of an Antarctic Expedition. This is her story told in her own words. 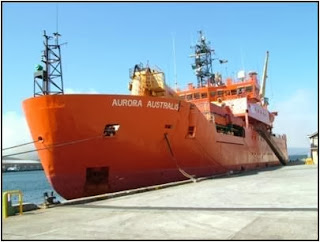 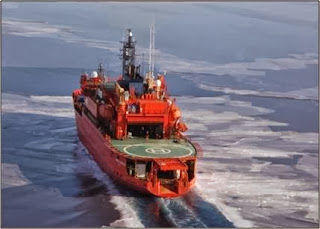 While pursuing my Master’s in the University of Malaya (UM), I was lucky enough to get an opportunity to travel to a place where not many people in the world dare to visit. Antarctica is the place of many mysteries and I was fortunate in getting an opportunity to venture to this place during my Masters education. My journey to this enigmatic place was a result of research collaboration between UM and University of Tasmania under Australian Antarctic Division (AAD). Initially, my parents were very reluctant to let me go, as they were very much worried about my survival in extreme cold weather conditions. Even my niece asked me, will you be staying in an Igloo... Finally, I managed to convince them and they realized that it was a signal honor, and rare opportunity to visit Antarctica, the Frozen Continent.
Antarctica is Earth's southernmost continent, containing the geographic South Pole. It is situated in the Antarctic region of the Southern Hemisphere, almost entirely south of the Antarctic Circle, and is surrounded by the Southern Ocean. Antarctica, on average, is the coldest, driest, and windiest continent, and has the highest average elevation of all the continents. 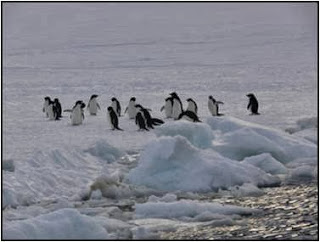 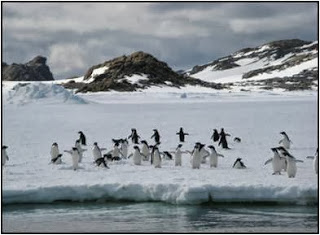 My adventurous expedition started on 12th October 2006, during summer season. (In the Southern Hemisphere, summer comes at the end of the year). AAD was committed to ensuring that all those who travel to Antarctica are well prepared with the knowledge and skills they require to stay safe. Therefore they conducted a 3 day Pre-departure Training Programme in Hobart, Australia on from 9th to 11th October which included additional skills and knowledge required to work and live in Antarctica, such as quad bike use, care of clothing and field equipment, field trip procedures, survival techniques, self-rescue, safety around stations & aircraft, environmental responsibilities, sea ice travel, glacier travel, crevasse rescue and GPS navigation.
We sailed on the Aurora Australis, an ice breaker ship that took us from Hobart, Australia on 12. Oct.06. It took 12 days for the voyage to reach the base. We were in total 25 expeditioners from various fields. 15 of us were scientists. Only I and Dr. Ng Kim Yong were from Malaysia and rest of the group was from Australia. The major scientific program undertaken was a study on human impacts, space and atmospheric science, biology, glaciology, geosciences, meteorology and climate change. While sailing, I was terribly ill with sea sickness especially during the Southern Ocean crossing, one of the roughest bodies of water in the world. This is a really a hardcore adventure, and a great attraction for anyone who is interested in long distance sailing. My sickness magically disappeared once my feet touched the base camp which is revealed itself as a pure white icy surface. Though I was far away from home and family members, Deepavali for that particular year was an unforgettable one as I celebrated it with my expeditionary and crew members. I was the youngest among the 25 expeditioners, and they really took good care of me.
( to be continued)
Antartica Expedition Shamala