Gaming in a Technologically Challenged World 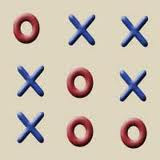 When I travel by public transport or wait at airports, I see young people and some older ones as well absorbed in their mobile phones, playing all sorts of games that I find entirely incomprehensible. Earlier I used to wonder why they waste their time in such pursuits, until I remembered some of the games we used to play in our younger days.
Those games were necessarily technologically challenged, but even so, I can recall being absorbed extremely in them so completely that I could easily forget my homework and in extreme cases even my dinner while I played. Take for instance, book cricket.
Book cricket was an absorbing game. It was played alone or against an opponent. You needed a fat book: Wren and Martin’s grammar book used to do fine. You needed to set up two teams, and open the book at random. The even numbered page used to count: so if there was a number ending in 2: 2 runs, 4: boundary, 6 : a sixer, 8 meant 1 run and 0 meant that the batsman was out and the next player came in. We played it in class, under the noses of our less vigilant teachers; we played in the tiffin break if it was raining and we played by ourselves at our study desks instead on concentrating on our homework. The beauty was that it was not possible to get caught by our parents; we always had a fat tome in our hands. Not like getting caught reading comics or the latest Agatha Christie, where you always had to ultra careful that your mum did not sneak up from your blind side.
Another game that I used to find intensely absorbing was called Warships (I think). You created a board of squares 10X10 named A-H and 1-10. You had a fixed number of warships: cruisers, battleships and one aircraft carrier. There were rules how you could deploy them in the grid. Now one player was allowed to bombard you: 5 shots a time. You gave your opponent the grid numbers where you had fired and he had to tell you what you had hit, if anything. The opponent in his turn now could bombard you. The trick was to figure out where he had deployed his ships
There were fixed rules about the way they could be deployed: for instance some categories of ships had to be in a straight line, others could be sailing separately, but still in twos or threes. There was an element of strategic thinking which made this an absorbing pastime.
There were other games, from the lowly knots and crosses to more complicated ones that needed much thought and practice to play .They helped in long car journeys, when it rained during our designated playing times and when you were tired of studying. The technology was different, but the games were as absorbing and youngsters were the same!