Leonhard Euler and the seven bridges of Konigsberg. 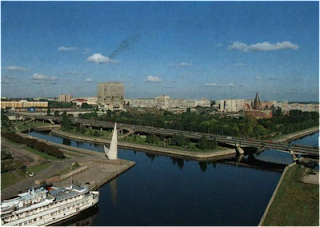 The Russian city of Kalingrad is a seaport and lies in a Russian enclave bordering Poland and Lithuania. In the eighteenth century this city was in the Prussian empire and known as Konigsberg. This city was founded in 1254 by a group of Teutonic knights under the order of King Ottoker II. After the Second World War, it came under Soviet rule and was renamed after Michael Kalinin one of the heroes of the Russian Revolution.
Konigsberg had a special geographic peculiarity. It lay on 4 separate landmasses, two of which were islands and the other two the banks of the River Pregel. One of the islands, Kniephof lay at the junction of Pregel and the Pregolya river. 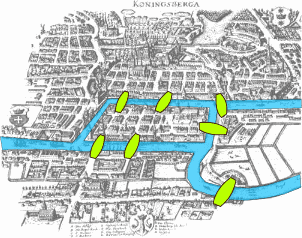 During the heyday of the Prussian empire, the four landmasses were connected by 7 bridges. These bridges were named the Blacksmith’s bridge, Connecting Bridge, Green Bridge, Merchant’s Bridge, Wooden Bridge and High Bridge. The outer landmasses were connected by 3 bridges each, while the central landmass was connected by no fewer than 5 bridges, A very popular pastime of the residents of the city was to device a method by which one could start one afternoon from a single point, and cross all the bridges only once and return to the starting point. This proved to be astonishingly difficult, so that the puzzle was modified to allow return to any point, but to cross all the bridges once only. This too was found to be difficult. Popular legend goes that several people claimed to have performed this feat over drinks of an evening, but failed to demonstrate it during the daytime when challenged. 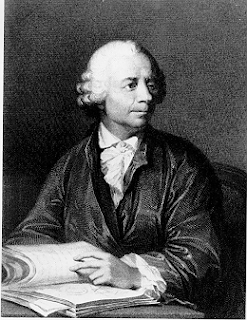 Leonhard Euler was a Swiss born in Basel in 1707. He was trained for the Church by his clergyman father, but quickly moved to his favorite mathematics. Known as the greatest mathematician of the eighteenth century he was one of the most prolific scientists ever and has over 500 publications.
Euler, then working in the Academy at St Petersberg, came to view this problem as a distraction, a minor puzzle which was entertaining, but hardly the stuff of real mathematics. However he postulated the problem in such a way that he laid the foundation of the science of graph theory and his proof was one of the first contributions to topology.

Euler postulated the problem in a unique way. He drew a figure where he used points to denote the landmasses and lines to denote the bridges. He reasoned that anyone standing on one of the land masses would have to have a way of getting on and then off. Thus if he was to enter the mass and leave it by a different route, there must be an even number of bridges leading to the land area.

However as the figure shows, the four segments of Konigsberg have an odd number of bridges, three of them have three and one has five. Thus, he showed, it was impossible to cross the bridges without a second crossing of at least one of the bridges.

This simple and elegant proof became, as I have said, the foundation of topology which has many important applications today. From the construction of the London underground map, which with 4 levels and 270 stations could have been indecipherable, but thanks to Euler’s mathematics is easy to understand, to the intricacies of the internet, connecting one computer to another all depend on the mathematics created by Euler. A true example of a pure mathematician solving specific practical problems, and in the process, discovering an entire new branch of mathematics!
(Incidentally, only three bridges have survived to this day. Two were replaced by a modern highway and two more were bombed by the British during the Second World War.) 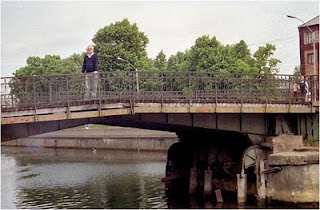 A picture of one of the surviving bridges.
Euler. Konigsberg Mathematics