Henry Goodeve of Calcutta and his Cooke's Folly 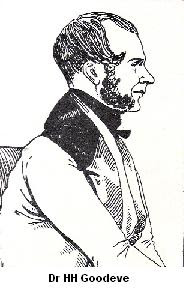 Henry Ives Hurry Goodeve was one of the doyens of the early years of the Calcutta Medical College. His work in educating Indian doctors in the early phase of the Medical College and his efforts to take a group of them to London for higher studies are fairly well known and documented. What is not so well known is his romantic nature and how, on his return to England he sought out and bought a residence that he had first eyed many years ago as an impecunious young man.
Near Bristol, on the Durdham Downs is an old structure named Cooke’s Folly. This house was built in 1672 By John Cooke, who was the Civic Chamberlain of Bristol as well as the Master of the Merchant Venturers in 1691/2. This body, which still exists, was set up in 1467 and received a Royal charter in 1552 by Edward VI and this was subsequently confirmed by all succeeding monarchs including the present Elizabeth II. The society controlled the Bristol harbor in the 17th till the 19th centuries and as Bristol was a centre where the slave trade originated, it made all the merchants rich beyond measure. 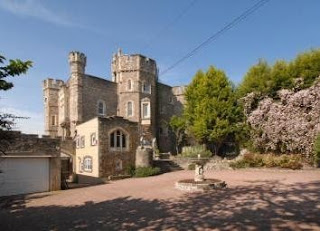 Be that as it may, this Cooke built a house here and one of his descendents, Sir Maurice Cooke, had a son Walter. A gypsy foretold that Walter would die at twenty years of age. To prevent this from happening Sir Maurice had him locked in a tower in the folly and had his supplies sent up to him by a basket drawn up by ropes (the influence of a fairy tale is evident in the story) . However the inevitable happened and when Walter asked for a wood fire on his twenty first birthday, a viper that had hidden itself in the woodpile that was sent to him, bit him and he died, fulfilling the prophesy.
Where does our Goodeve come into this?
It is said that Henry Goodeve came upon this Folly when he was visiting Bristol as a young man on his honeymoon in the early 1830s. He liked it so much that he promised to buy it for himself when he had made his fortune. And this is exactly what he did when he came back from India following his successful stint in Calcutta.
Goodeve was the eldest son of a Hampshire brewer and he qualified in Medicine from the Edinburgh University in 1828. He then trained in London and became one of the leading obstetricians of his day. One story that I had never heard before was that he was disfigured by a shot in the jaw following shooting accident when trying to shoot a tiger in the forests of Chota Nagpur.
I am passing over his Indian sojourn, but he returned to England din 1840/1, with his wife Isabella and they adopted her nephew as they themselves had no children. He returned to Calcutta the next year, but finally returned in 1845 with the Indian students of whom I have written previously. He retired from the Indian Medical Service in 1853 and came to Bristol where he bought Cooke’s Folly thus fulfilling a dream of his.
He participated in the Crimean war where he was one of the senior Physicians of a 1000 bed Civil Hospital in Turkey, but he finally retired in 1856 after the war was over. He lived peacefully at the Cooke’s Folly until he died in 1884. His wife had predeceased him in 1870. He is buried in the St Mary’s churchyard in Stoke Bishop.
The BMJ in an obituary published on the 21st June 1884 said: “HENRY IVES HURRY GOODEVE, formerly Professor of Anatomy in the University of Calcutta, died on Tuesday, at his residence, Cook's Folly, -Stoke Bishop, near Bristol. The deceased was the eldest son of the late Mr. John Goodeve, banker, of Bury Hall, Hants, by his marriage with Elizabeth, daughter of Mr. William Hurry, of Great Norfolk, and Yarmouth, was born in 1807. He was educated at the University of Edinburgh, where he graduated M.D. in 1828. He became a Fellow of the Royal College of Physicians (London) in 1860, and was also a Fellow of the Royal College of Surgeons, and a retired surgeon of the Bengal Establishment. Dr. Goodeve, who was a magistrate and deputy- lieutenant for Gloucestershire, married, in 1828, Isabella, daughter of a Mr. J. Barlow. He was left a widower in 1870.”
Calcutta Calcutta Medical College Cooke's folly Goodeve